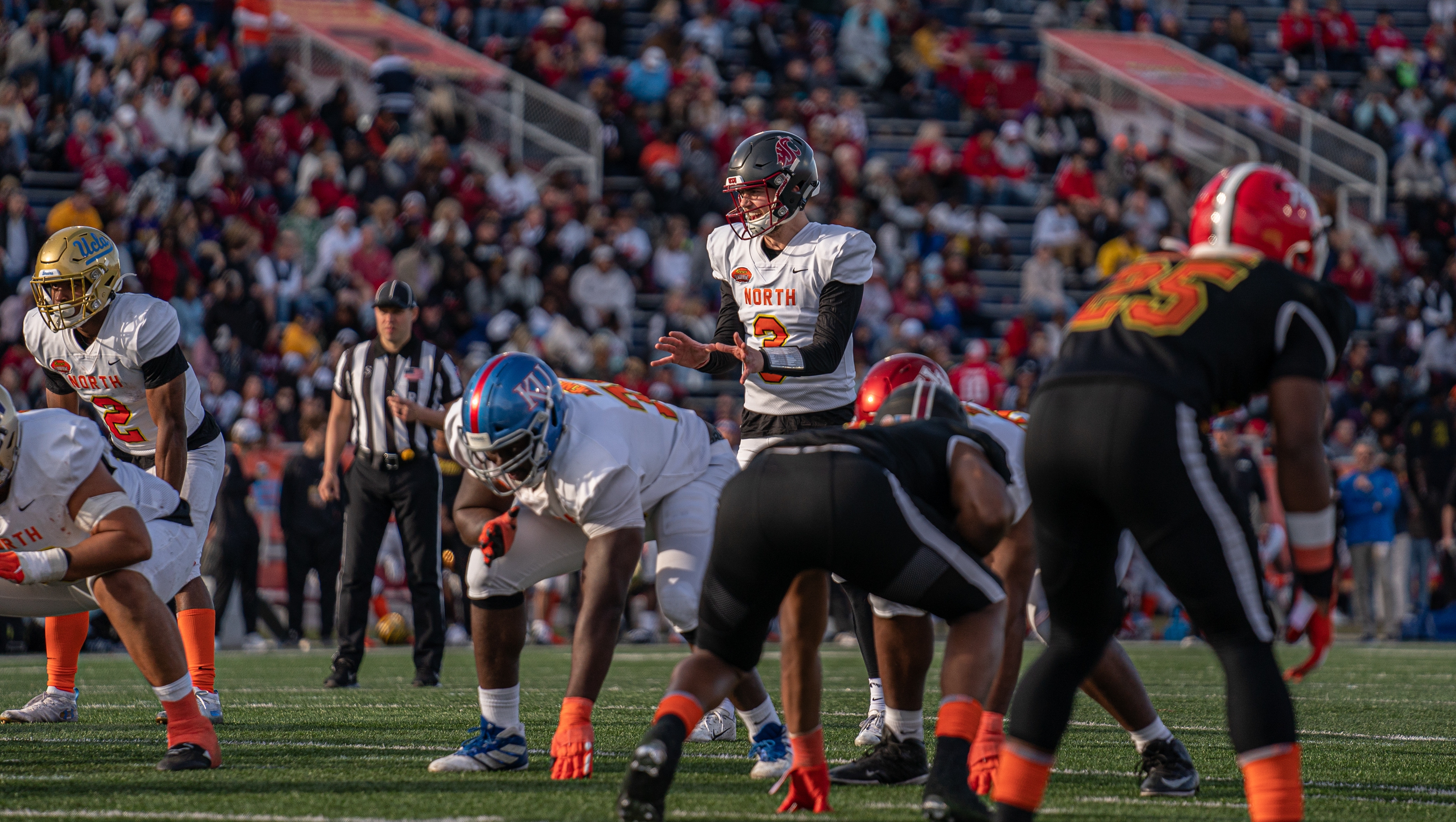 Oregon QB Justin Herbert lead the South and put on a strong show at this year’s Reese’s Senior Bowl going 9/12 for 83 yards and a touchdown, showing great poise under pressure and proving to be the Game MVP of the 2020 Reese’s Senior Bowl. 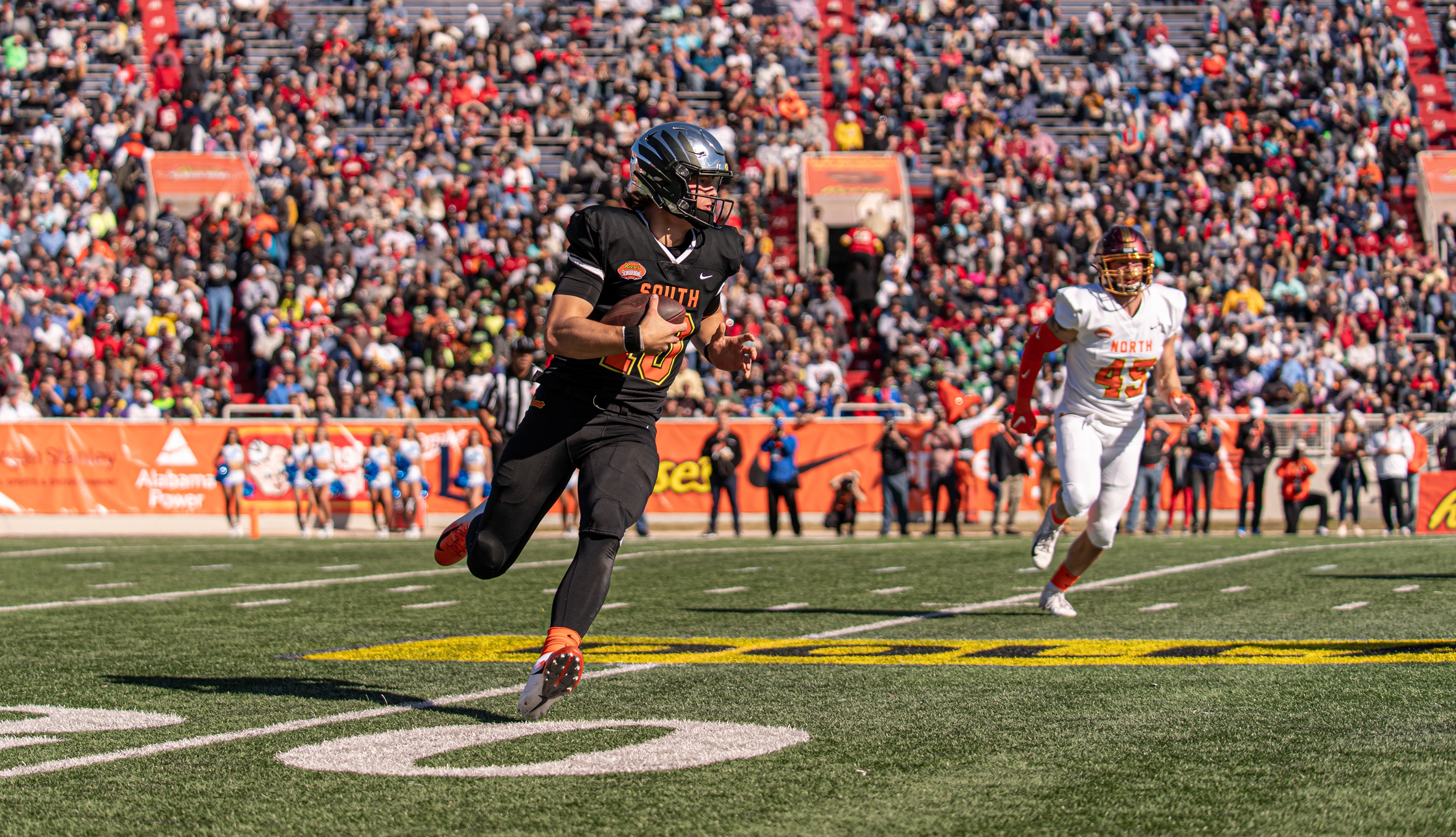 “I’ve really enjoyed this week, it was an opportunity to come out here and compete against the best” said Herbert post game. When asked about what a team will get when they draft him he responded with, “I work incredibly hard and I’ll do everything I can to put the team in a position to win.” 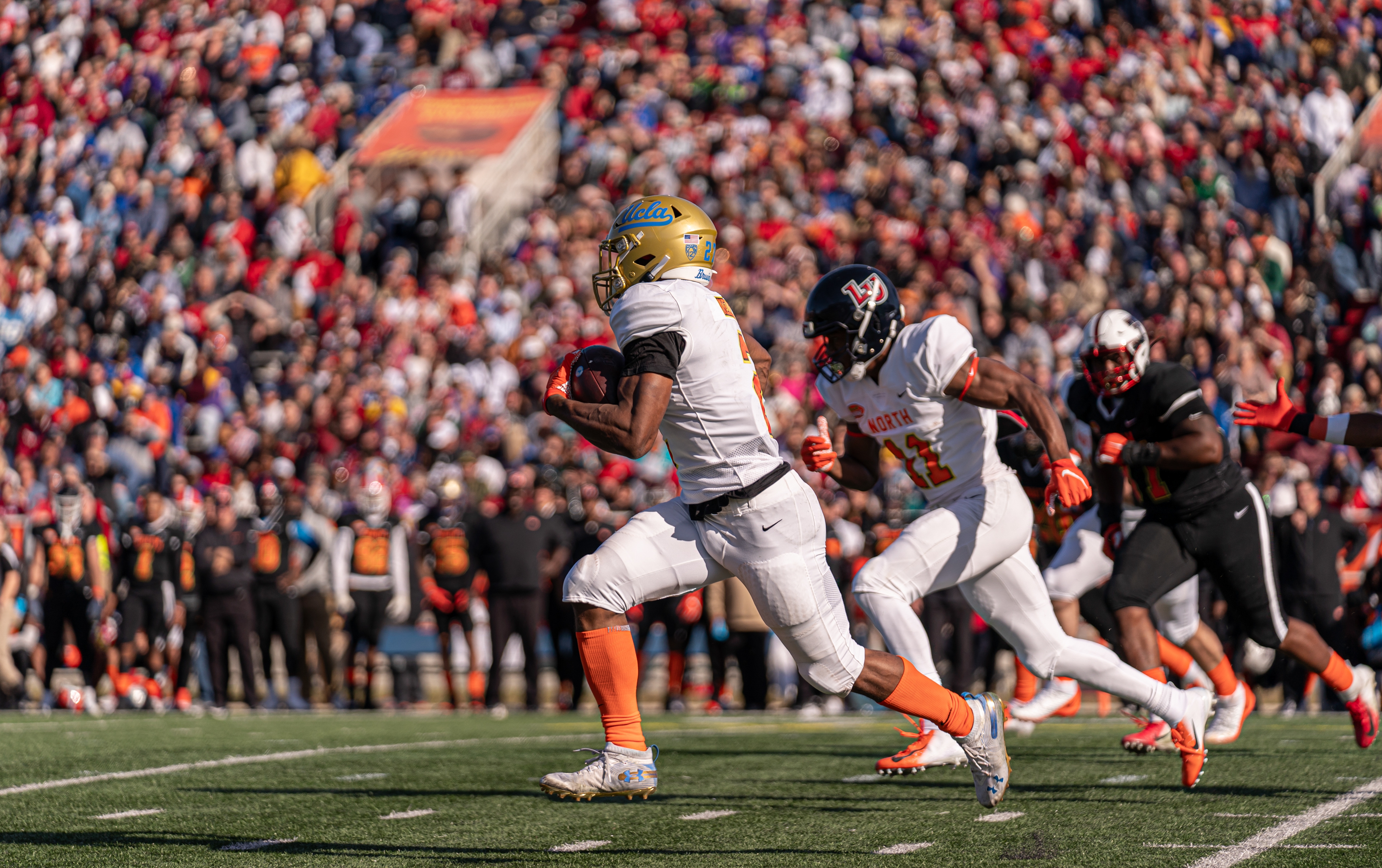 UCLA RB Joshua Kelley tallied 105 yards rushing on 15 carries for the North, while Memphis RB/WR Antonio Gibson rushed for 68 yards on 11 carries for the South. TCU RB Darius Anderson showed big-play capability with 2 receptions out of the backfield for 87 yards and a touchdown. Liberty WR Antonio Gandy-Golden hauled in a 5-yard fade in the corner of the end zone for North TD. Tennessee WR Jauan Jennings hauled in 3 catches for 22 yards and a touchdown for the South.

Recapping the week, Executive Director Jim Nagy noted “This is the biggest stage for these guys. I tell them, you can help yourself during the draft process more here in pads and helmets than in shorts and a t-shirt at the combine.” 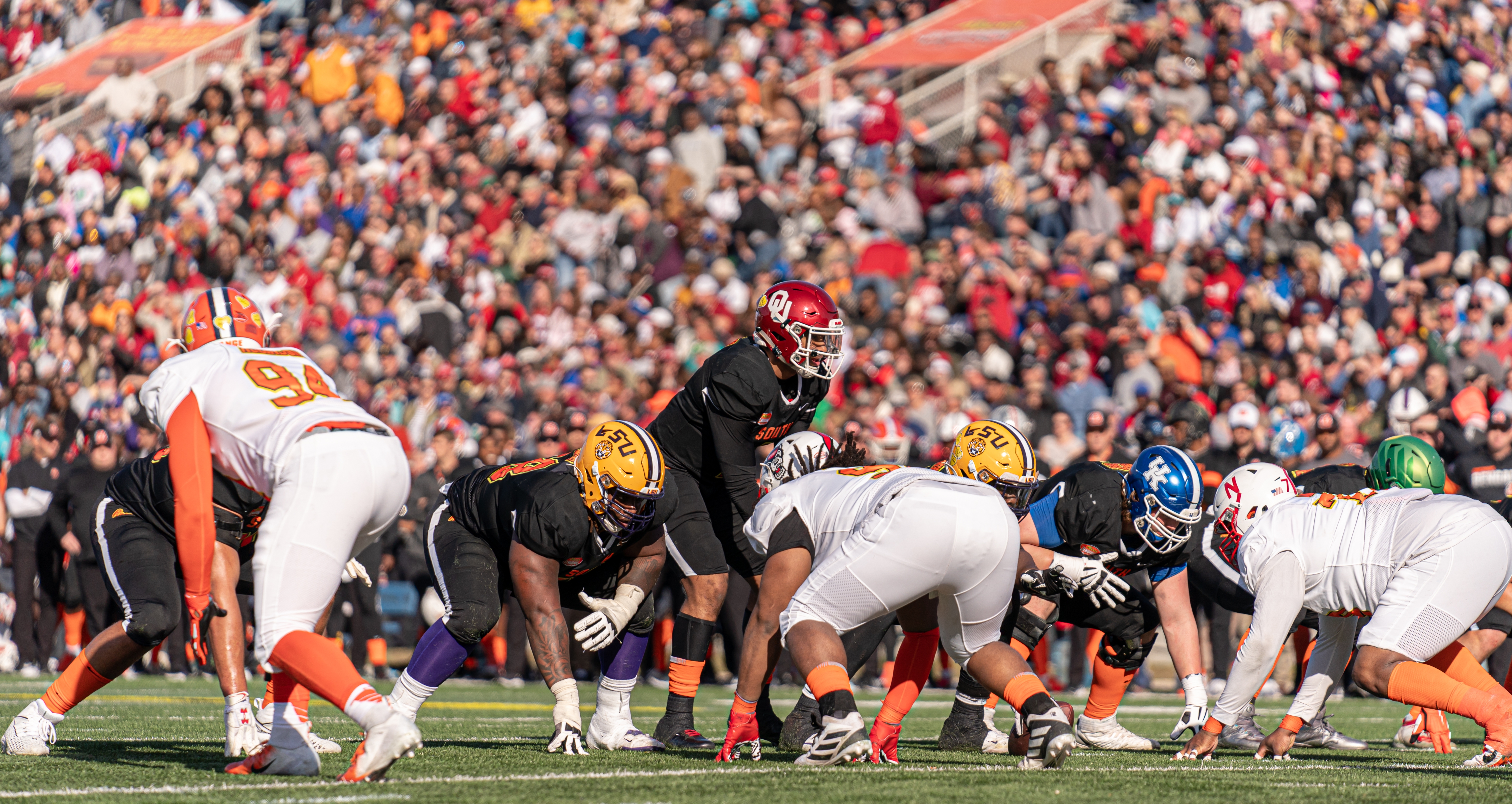