Senior Bowl Announces Deal with the University of South Alabama

Senior Bowl Announces Deal with the University of South Alabama

Mobile, Ala. (March 4): “The Reese’s Senior Bowl Board of Trustees voted unanimously on March 4, 2020 to agree to a multi-year deal with the University of South Alabama to play the nationally televised Reese’s Senior Bowl game and its week of practices at Hancock Whitney Stadium, a brand new 25,000-seat state-of-the-art stadium located on the campus of the University of South Alabama in Mobile, Alabama, beginning in 2021,” said Angus R. Cooper II, Chairman and President of the Senior Bowl Board of Trustees.

Hancock Whitney Stadium offers a fan and football experience unrivaled by any stadium in the region. Fans will enjoy premiere food and beverage selections inside the stadium, acres of grassy pre-game tailgating and RV areas around the stadium, and thousands of reserved on-campus parking spaces supported by fan shuttle buses. For the first time in the game’s history, fans and NFL personnel will have access to chair- and bench-back seating, indoor and outdoor private suites, and premium club and loge seats with complimentary access to the indoor club level food and beverage. Fans and NFL participants will enjoy the state-of-the-art technologies of Hancock Whitney Stadium, including the mega video board and sound system, an easy-to-use online seat and parking space ordering system, and an option for paperless entry into the stadium. NFL coaches, scouts, and players will be best accommodated by the University of South Alabama’s pristine weightlifting and sports medicine amenities, first class indoor and outdoor practice facilities, and brand-new locker room and meeting areas.

The Reese’s Senior Bowl, the nation’s most prestigious college all-star game and the start of the annual NFL draft, is owned by the Mobile Sports and Arts Association and was played in Mobile’s Ladd-Peebles Stadium from 1951 to 2020.  The 2019 game produced 93 overall draft picks, which represented 37 percent of the 2019 NFL draft, including 10 first-round selections and 40 players taken in the first three rounds.  The game has featured legendary coaches like Don Shula and Tom Landry and 54 former Senior Bowl players are enshrined in the Pro Football Hall-of-Fame, including such all-time greats as Joe Namath, Walter Payton, Dan Marino, Bo Jackson, and Brett Favre.

The 2021 Reese’s Senior Bowl will be played January 30, 2021 and televised nationally on NFL Network.  Further updates regarding game tickets will be released in the near future at www.seniorbowl.com.

Chairman and President of the Senior Bowl Board of Trustees, Angus R. Cooper II: “For decades Ladd-Peebles Stadium served the Senior Bowl well and as we now write the next chapter in the game’s rich history at Hancock Whitney Stadium, we do so in a state-of-the art facility that provides for the best fan experience for our community and the great NFL staff and players who make our game possible.”

Reese’s Senior Bowl Executive Director, Jim Nagy: “We owe it to our community and players to host the nation’s premier college football all-star game in the region’s most advanced stadium and this transition to Hancock Whitney Stadium will best ensure our game resides in Mobile, Alabama for decades to come.”

“The new stadium at South Alabama will provide fans, sponsors, and NFL personnel with great on-campus parking and tailgating, premier food and beverage options, and a great overall experience that will be enhanced by unbeatable premium seating options and today’s newest stadium technologies”.

Reese’s Corporation Marketing Director, John Maitrejean: “Reese’s has been the title sponsor of the Reese’s Senior Bowl since 2014 and has seen the growth and development of this one-of-a-kind college all-star game over the past six years.  As we prepare for the 2021 Reese’s Senior Bowl we are excited at the new opportunities that the University of South Alabama’s new stadium will provide for the players, fans and community of Mobile, Alabama.  This move will continue to reinforce that the draft starts in Mobile – with the Reese’s Senior Bowl.”

Reese’s Senior Bowl Senior Vice President of Operations, Sylvester Croom: “I played and coached in the Senior Bowl and this is the right move.  Ladd-Peebles Stadium served the game well for a long time and now Hancock Whitney Stadium is where the game needs to be for the future of this game in our community.”

The University of Alabama Head Coach, Nick Saban: “The people of Mobile take great pride in hosting the Senior Bowl and this is an exciting move for both the city and the game.  I attended a Senior Bowl practice at the University of South Alabama two years ago and came away very impressed with the facilities.  I look forward to seeing our Crimson Tide players in Mobile every year.”

Auburn University Head Coach, Gus Malzahn: “For years the Senior Bowl has provided our players with a great opportunity to showcase their talent in Mobile, Alabama in front of the entire NFL community and I’m excited for the great football experience that they’ll enjoy in the brand-new facilities at Hancock Whitney Stadium.”

Mobile, Ala. Native and NFL Pro Football Hall-of-Fame Class of 2018, Robert Brazile: “I will always have great memories of playing in the Senior Bowl at Ladd-Peebles in 1975 and now for the good of the game moving forward and as we look to 2021, I understand that the new state-of-the-art Hancock Whitney Stadium is where our game needs to be played.”

Oakland Raiders Head Coach, Jon Gruden: “I’ve coached the Senior Bowl three times and this is an exciting move for the coaches and players.  These players are the best of the best in college football and they deserve the best facilities possible.  Having brand new locker rooms, on-site meeting space, and athletic training facilities will certainly make things better for the NFL coaches and players.”

Seattle Seahawks General Manager, John Schneider: “While we enjoyed our experience at the Senior Bowl last year, this facilities upgrade is a game-changer for the game.  This move will be widely well-received across the NFL scouting community.”

Baltimore Ravens Executive Vice President, Ozzie Newsome: “First and foremost, as an Alabama native, the Senior Bowl needed to do whatever they felt was necessary to keep the game in the city of Mobile.  The move to the University of South Alabama is what is best for the game”. 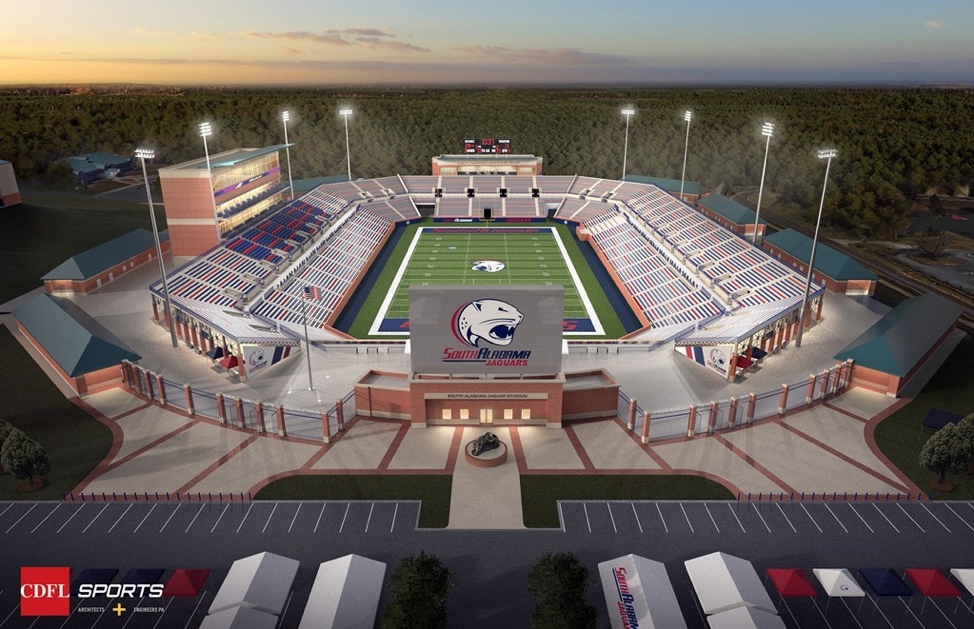